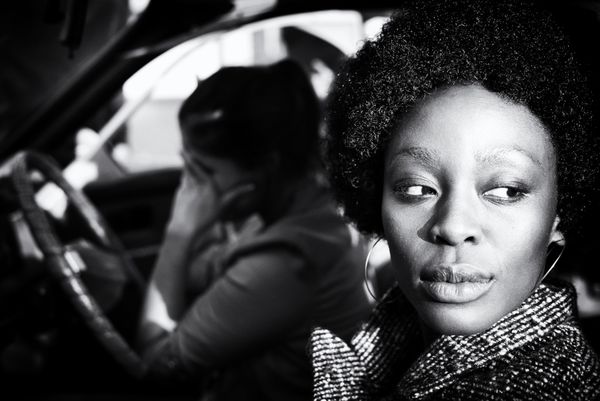 The Fantasia International Film Festival’s acclaimed Born of Woman showcase celebrating intimate, auteur genre visions comes to Massachusetts with eight extraordinary works from an array of international talents who will leave you gobsmacked and amazed.

From the Netherlands, Yfke Van Berckelaer’s single-take Lili is a mini masterclass in performance and ascension where an actress’ audition grows increasingly less comfortable with every line read. Winner of Fantasia’s Bronze Audience Award for Best International Short.

From Australia, Mia’kate Russell’s award-winning Maggie May is a stylish and sharp-witted black comedy about apathy that sees two sisters trying to reform bonds following their mother’s death, with unexpectedly gruesome results.

A young woman hides a recent terminal diagnosis from her friends as they embark on a road trip. They pick-up a stranger and grisly new paths of possibility are revealed in Adele Vuko’s fantastic The Hitchhiker.

From the USA, Mary Dauterman’s Wakey Wakey is an imaginative anti-love story fever-dream.

Stefanie Abel Horowitz’s Sometimes, I Think About Dying is a darkly humorous and touching tale of interpersonal alienation that turned many a head at this year’s Sundance.

A young teen’s first period stirs her curiosity of local legends in Erica Scoggins’ masterfully directed, award-winning The Boogeywoman, a standout at Clermont-Ferrand and winner of Jury Awards at Fantasia and North Bend.

Self-taught Canadian visual artist Valerie Barnhart’s devastatingly powerful Girl in the Hallway, an award-winner at Annecy and Fantasia, is an innovatively animated true-crime poetry slam as nightmarish witness testimony that recently floored audiences at Annecy. Made over a period of three years as an addressment of the inaction that allows the crisis of Murdered and Missing Indigenous Women to persist. Few films pack such raw, emotional force. You’ll barely be able to speak afterwards.

A portion of box office proceeds from this screening will be donated to Women on Waves and Film Fatales.