A devout nurse is obsessed with saving the soul of her dying charge and will stop at nothing to heed her holy calling. An arresting vision of faith and madness, Saint Maud marks the exceptional debut of writer/director Rose Glass.

Following a recent undisclosed trauma, an unmoored Maud (Morfydd Clark) seeks a fresh start: a new nursing assignment, a change of scenery, and a pious re-calibration of her life’s path. Her cancer-stricken patient—the worldly and headstrong ex-dancer Amanda (Jennifer Ehle)—struggles with the banal indignity of terminal inevitability. Opposites in nearly every way, the pair quickly forms an inexplicable and intimate bond. Maud’s gentle but firm conviction initially softens Amanda’s embittered edges as caretaker and charge begin to settle into their roles. Maud continually reaches for singular solidarity and through it, an ultimate absolution that’s not quite there. It’s not long before this dynamic veers into increasingly frictive territory.

Meanwhile, Maud spends her downtime engaging in all manner of masochistic mortification and prayer as a means to sanctification. Walking with nails in her shoes and other feats of self-harm, the young nurse offers her flagellant-style suffering as supplication to her higher power. However, the force she’s invited into her body, mind, and soul stops by with escalating frequency, seizing and contorting her frail frame in ways not dissimilar to demonic possession. In pursuit of closeness to god, Maud starts to lose her grip on reality, culminating in a shocking and fearsome psychological breakdown that threatens the sanctity of all souls involved.

UK writer/director Rose Glass’ stunning debut lures the audience (poor little lambs!) to the psychological slaughter in this tour de force. In Clark and Ehle’s pitch-perfect performances, a battle of wills on par with Friedkin’s The Exorcist. The mastery of craft, the nuance of direction, and a dread-infused atmosphere all point to an auteur at the beginning of her journey. Have no fear, your savior is coming.

Special thanks to A24. 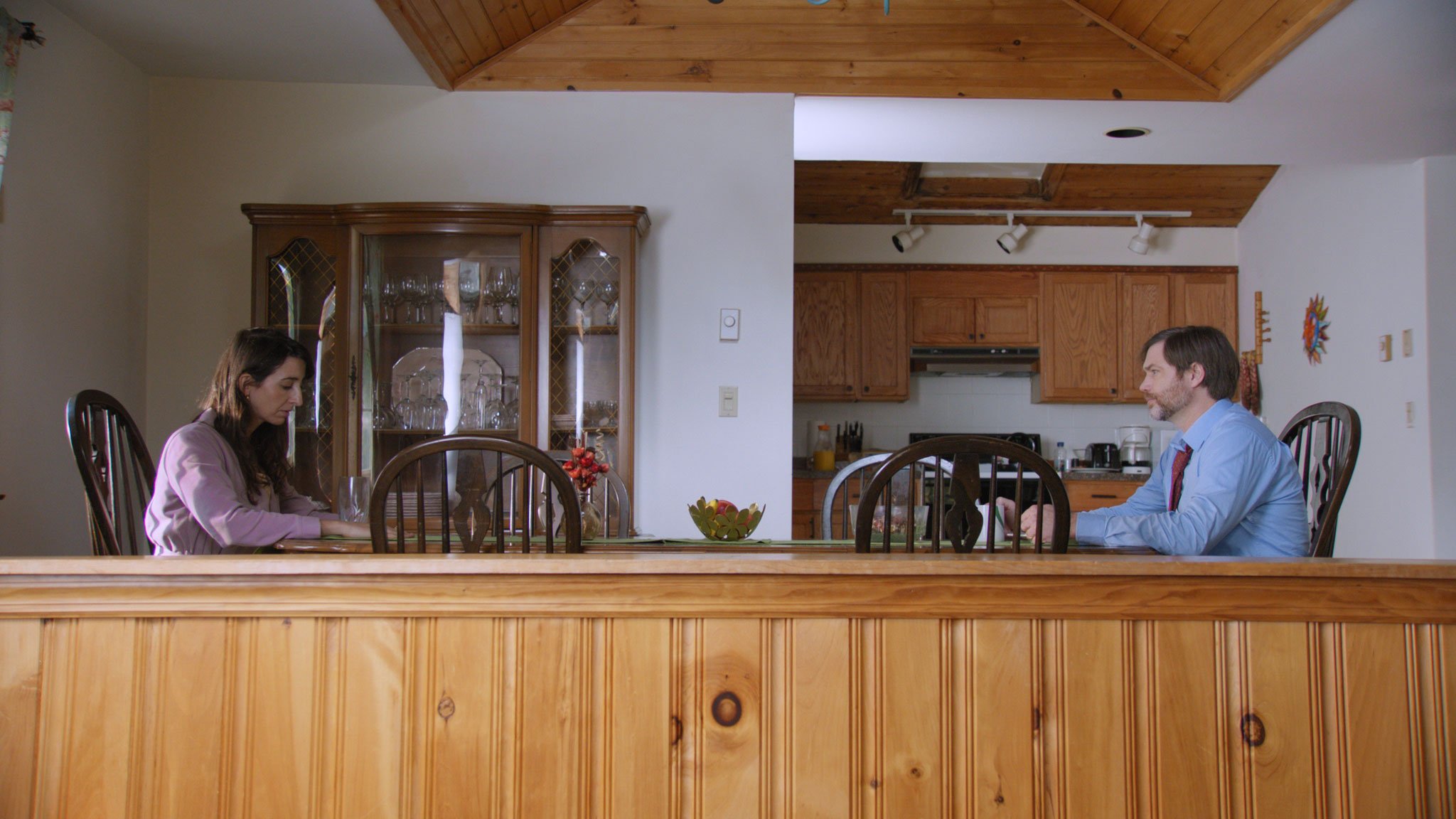 A small religious family is thrust into turmoil when their local televangelist predicts an impending cataclysmic event that will wipe out all of humanity.